Mandalas are today the most popular Buddhist icons in the world and their popularity is emphasized with the use of the word mandala as a synonym for a sacred space, as explained in Western dictionaries. Mandala is compassion, a form, an endless wisdom and eternal love, that spreads to those that are caught between finity and infinity, opens them the door to deliverance, a passage to freedom, a door to eternity. 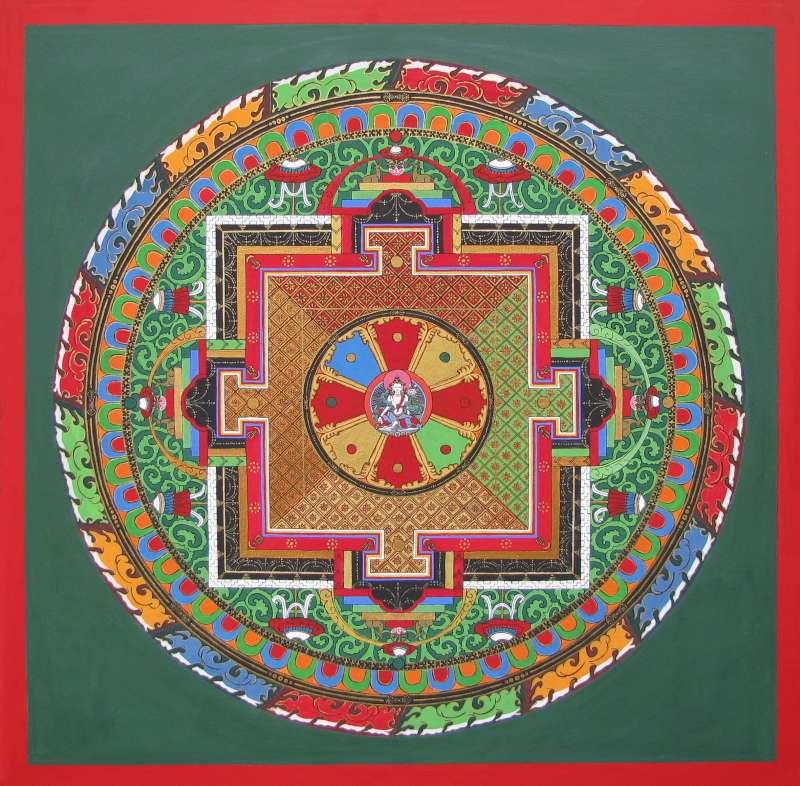 Mandala is a matrix of embodiment, unification. It is the architecture of enlightenment in its blissful and compassionate created emanation. At the same time, mandalas are frequently said to be as cosmos plains, the maps of the world in an outer sense, as diagrams of the perfect universe and internally, as guides to practitioners in their psycho-physical practice. As such, mandalas are seen as sacred places, which with their presence in the world, remind the viewers of the vastness of sacredness in the universe and its potential in themselves. In this way they support the viewers’ progress to enlightenment. In Tibetan Buddhism, each mandala represents a holy space and a pure expression of a certain Buddhas enlightenment, together with the states of consciousness, which are close to the displayed Buddha, such as compassion, bliss, or wisdom.

The making of a mandala is seen as a sacred procedure and demands years of training. A wide pallet of sacred geometry and symbols is used in the making of mandalas. 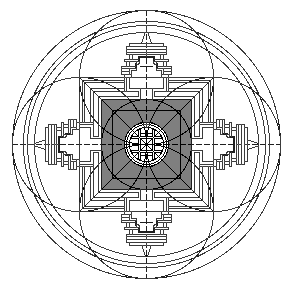 Philosophy for the sacred geometry is symmetry, balance and relations among basic geometric forms that picture the cosmology of the universe. 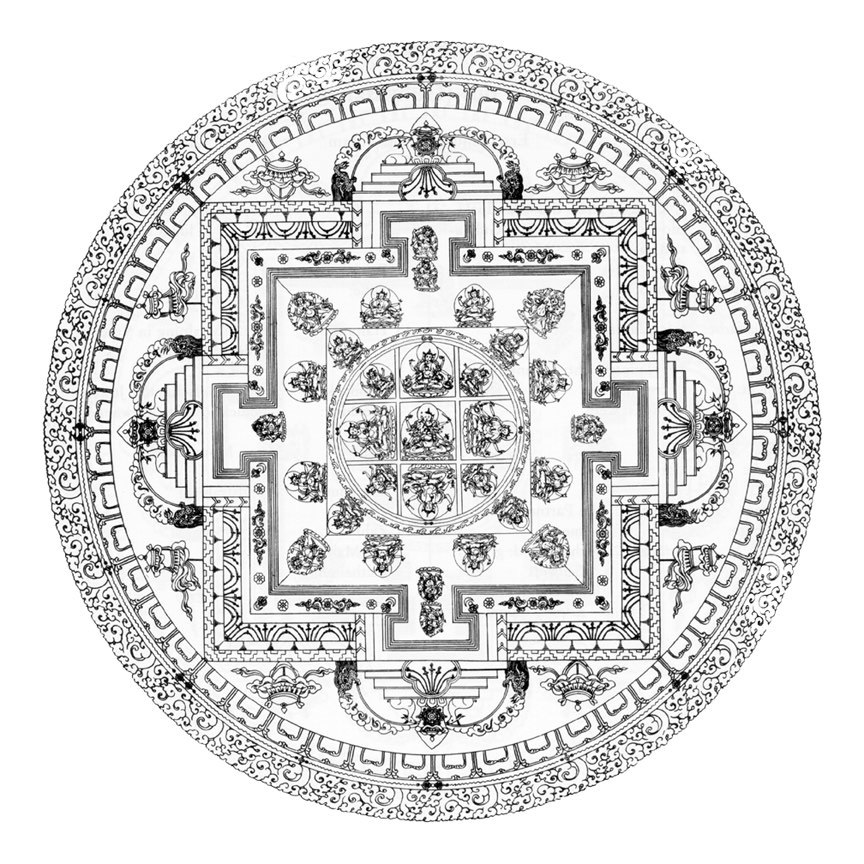 We have been meditating and spiritually growing at the Angel studio for a few years before we could begin a multi annual project of Tibetan mandala painting with the fullest respect and dedication. The mandalas we have created were first on display at an exhibition at Cankarjev dom, which were took place together with a photographic exhibition of Mrs. Benka Pulko.

The mandalas we constructed were exhibited in Cankarjev dom in Ljubljana, from November 18 to December 20, 2009, together with the photos of Tibetan children taken by Ms Benka Pulko.The keynote speakers Ms Benka Pulko and Ms SneÅ¾ana Divjak opened the Black-and-White Rainbow photo exhibition. The small gallery where the exhibition was held was full of positive energy and packed with emotion. The atmosphere created by the invited guests, sponsors, journalists, photographers, and schoolchildren was indeed rainbow-like.

The film premiere of the Black-and-White Rainbow  was particularly emotional and moving.

We feel inspired and encouraged by the big response the exhibition received, as well as even greater responsibility for our cause, and are grateful for all the support and kind words.